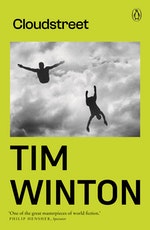 Reading a novel was one of the 10 items on my ‘bucket list’ that I expected should not be challenging in retirement. Thus it was one that I decided to tackle early. The lucky break I had with Emily’s quinoa cake took care of trying a new food so I had already ticked off the first item on my list. This was to be the second.

I finished work on 4 July and we were scheduled to fly out for 12 weeks in Europe on 10 July. Such an extended vacation seemed sure to allow time for reading. Fortunately Toowoomba Region Library has a collection of eBooks. I downloaded the related app and checked out the limit of 5 books on my iPad. That seemed much more practical than trying to pack and carry even a single novel, especially since I would not be able to return a physical volume until we got home.

As a kid I was a voracious reader. I could borrow the limit of 3 books, mostly novels, from the library and have them read, returned, and replaced by more within a couple of days. As an adult, for many years my Christmas break routine was to borrow several books, mostly science fiction, and binge read for the first week or so to clear my head of work. In recent years that habit has faded away for some reason. I have had so much reading for work and general interest in online material that it might be as much as 10 years since I read a novel. That leaves me with plenty of catching up to be done.

Despite not actually reading novels for so long I had not entirely lost track of what was being published. Since I started regular walking for exercise at the end of 2007 and switched to cycling to and from work in 2010 I’ve been listening to podcasts of Late Night Live and Phillip Adams often talks with authors of books, including novels. My selection of eNovels was based on recollections of those interviews and snippets I had gleaned from other sources.

Although I’d heard plenty about Tim Winton, I’d never read any of his novels and felt mild guilt for my omission so Cloudstreet was among the 5 eBooks I downloaded to my iPad. I opened it and started reading soon after we boarded our first flight in Toowoomba. I managed to read some more of it in lounges and on flights as we headed to Paris, though movies and sleep displaced reading on the long flight from Sydney to Dubai.

There was no time for reading in Paris and not much more during our time in Trébry. Daily activities followed by processing of photos and blogging about the activity filled my days. Just occasionally we had a quieter day and I managed to read a little more. The 3 week borrowing period rolled around and I renewed my loans. We rolled on to Normandy and then to Britain.

Occasional slower days and flights made some time for reading but not enough to finish. I renewed my Cloudstreet loan and let the others go. It was not until we were in Volendam, more than 8 weeks into our travels that I finally finished reading Cloudstreet. That was much longer than I had anticipated based on my memories of my previous reading habits.

None of that is to suggest that Cloudstreet was not a good read. It was. A less interesting book might have been jettisoned sooner rather than finished at all, albeit at a very slow pace. The story and the language are inventive. It took some effort to keep track of the multiple threads, especially when coming back to it after a week or more away, but there were sufficient clues and enough continuity in themes and motifs to make that possible. I enjoyed the book. Under different circumstances I would have read it in a much more concentrated burst across days rather than weeks and may have enjoyed it more for that. In any case I enjoyed it enough that I’ll read more Tim Winton when I’m able.

That’s one more of my ‘bucket list’ completed. There are 3 more on which I’ve made at least a start. Some of the others are a little more challenging for one reason or another.